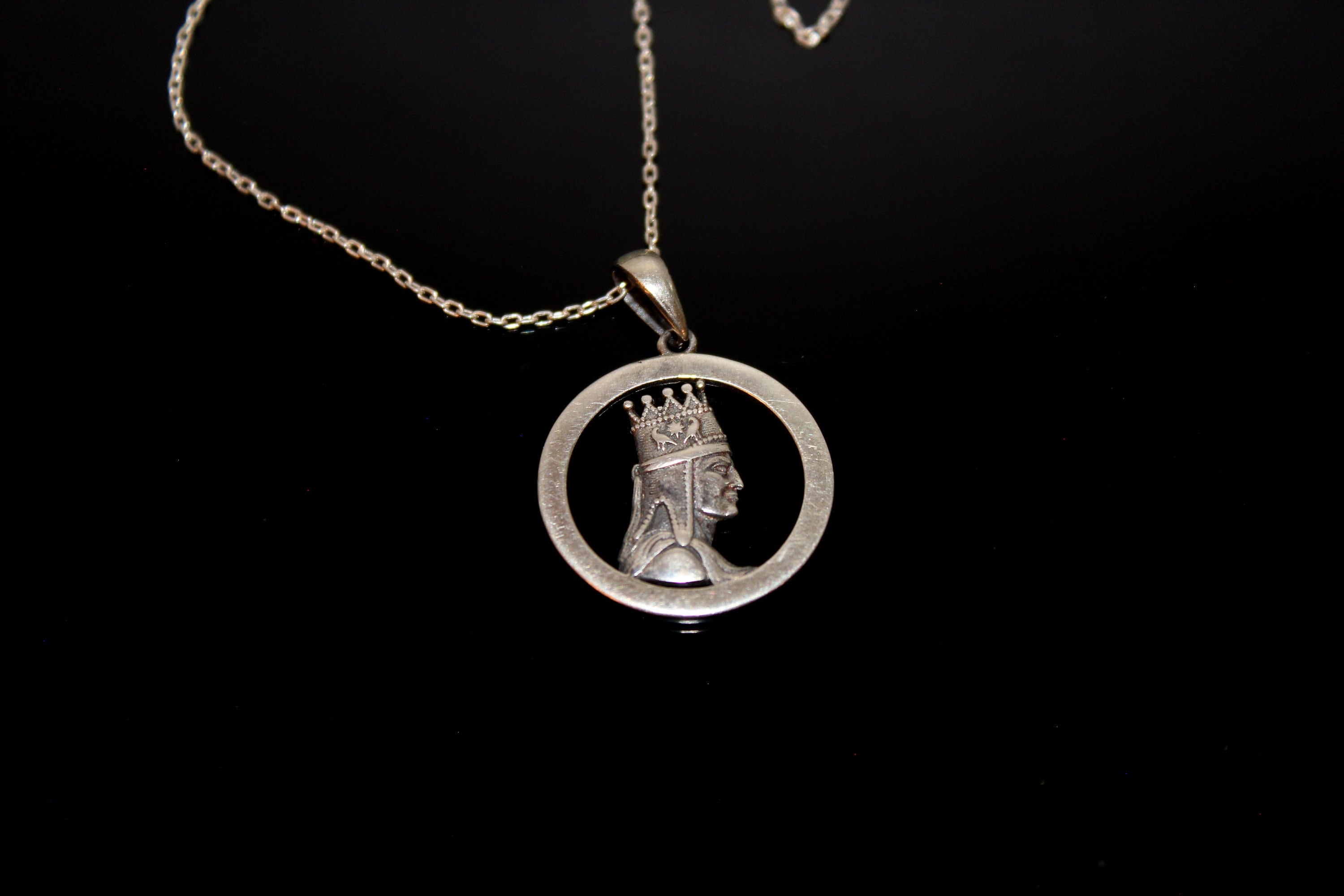 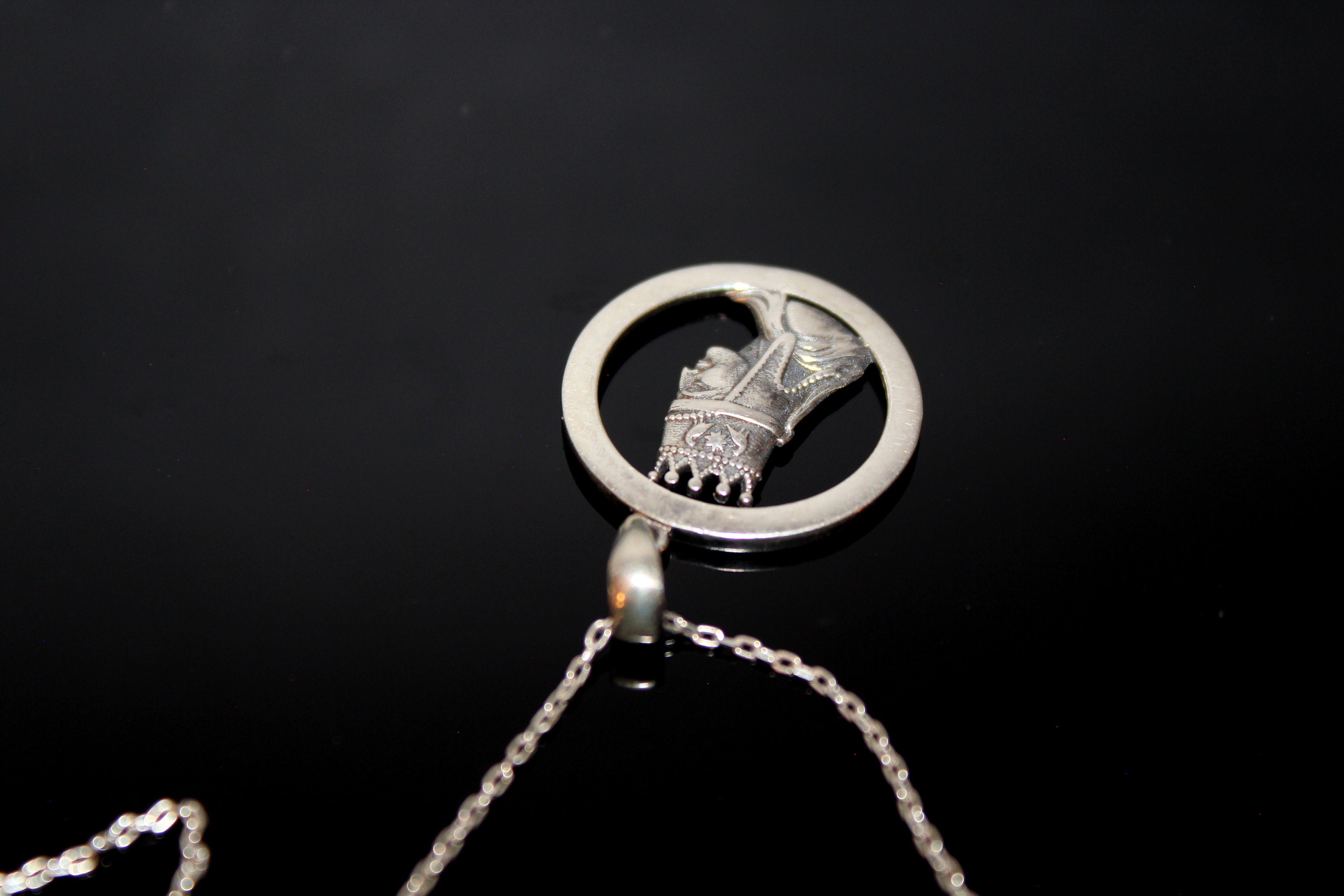 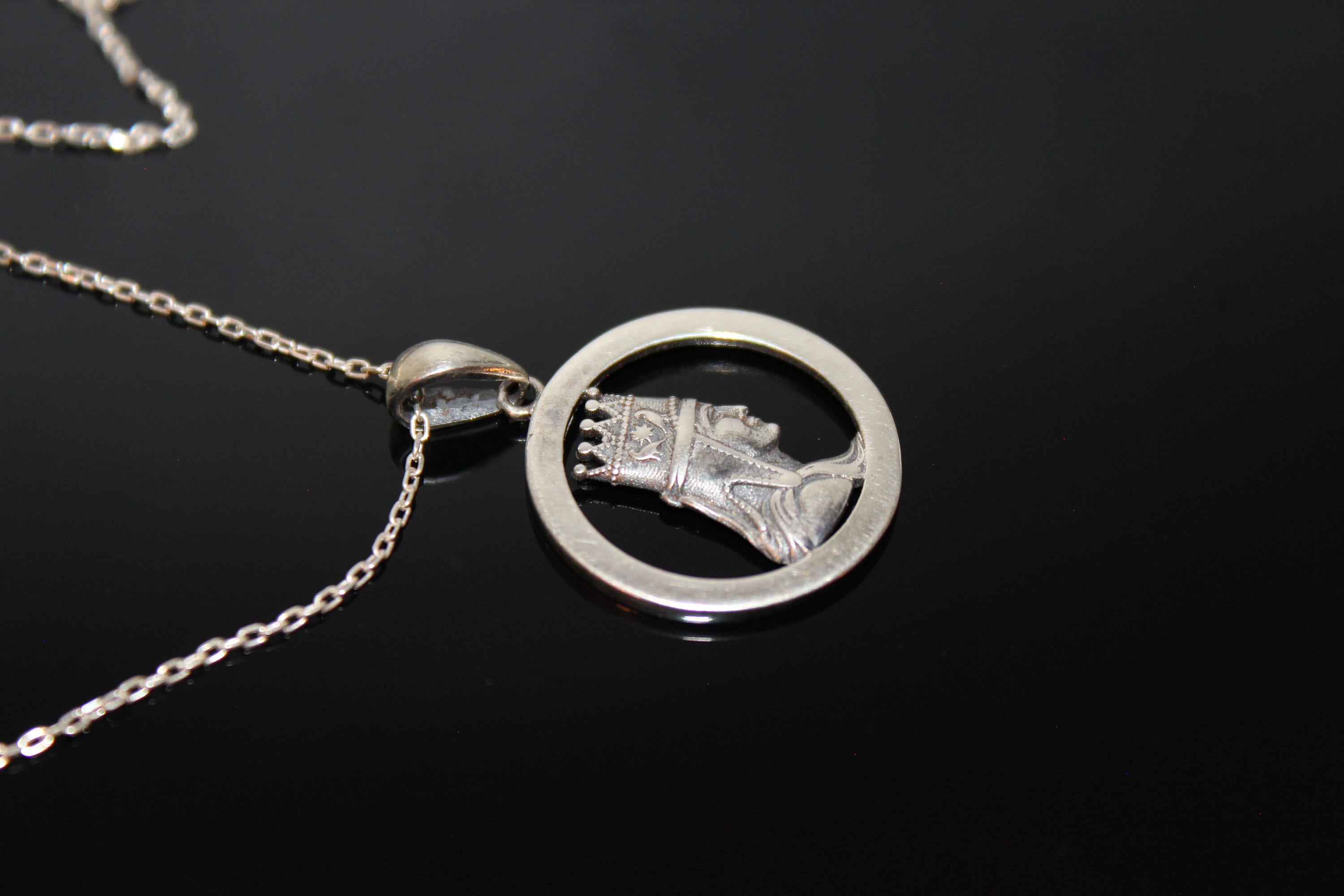 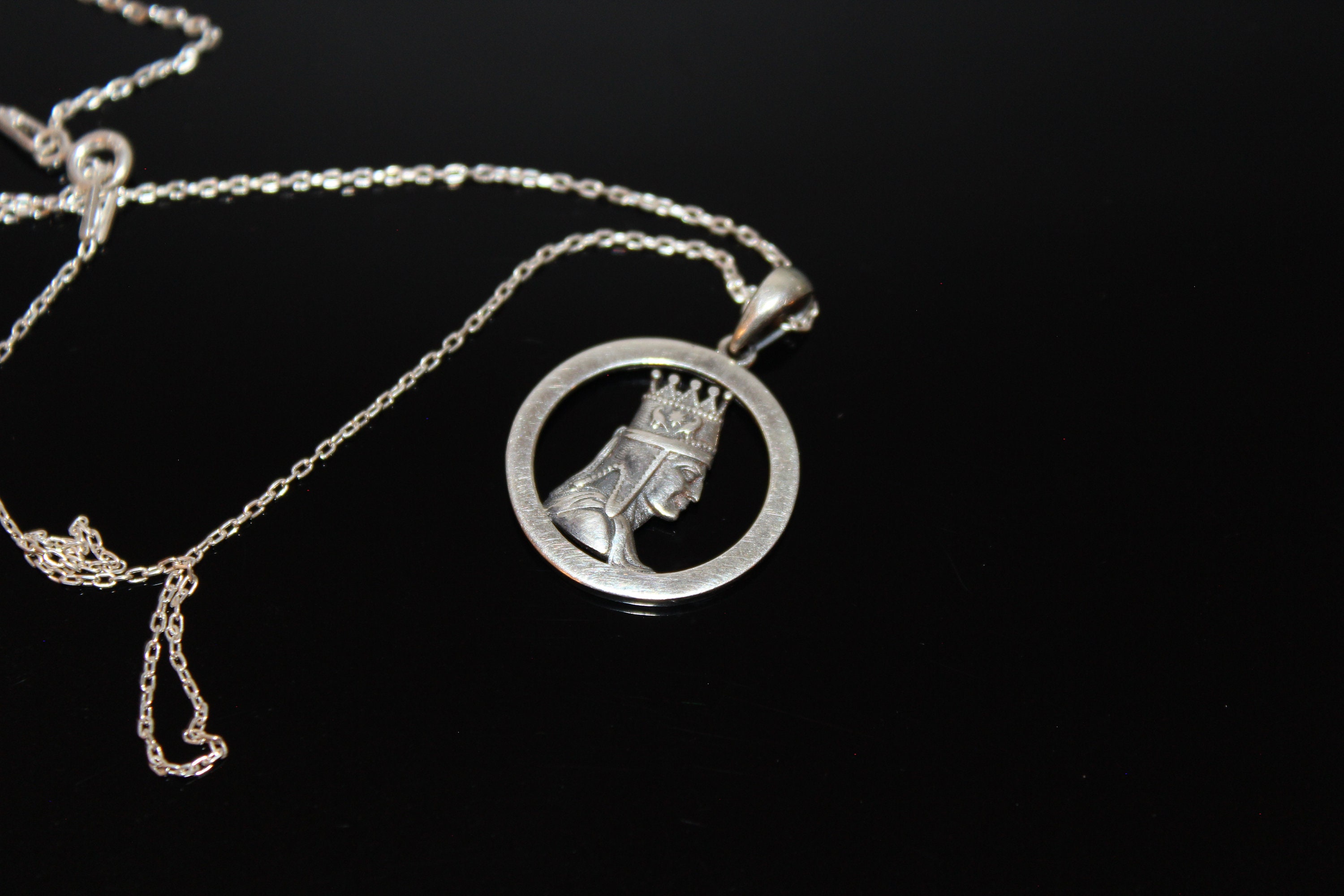 Armenian sterling silver pendant Tigran the Great coin
Tigranes II "the Great" King of Armenia. Tigranes also spelled TIGRAN, or DIKRAN (b. c. 140--d. c. 55 BC), king of Armenia from 95 to 55 BC, under whom the country became for a short time the strongest state in the Roman East.
He was a member of the Artaxiad Royal House. Under his reign, the Armenian kingdom expanded beyond its traditional boundaries, allowing Tigranes to claim the title Great King, and involving Armenia in many battles against opponents such as the Parthian and Seleucid empires, and the Roman Republic.